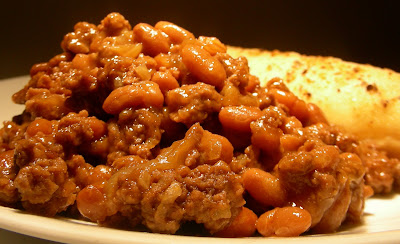 I drove through Frenchtown at sunset the other day, toward the western sky and its layers of lavender, salmon and pink. Grandma Annie's house, now owned by a family who lives it and cares for it, was ablaze with lights. My heart lurched and then leaped with pleasure.

We believe the old house has its origins in 1863, the year the lot was parceled out to someone named Deroucher, or perhaps shortly thereafter. Now it is sturdily standing in its third century. The kitchen, always the heart of the house, is filled with spacious cabinets and a frieze of grapevines. It is warm and welcoming. How Grandma Annie would love it!

Annie's second daughter Jane, left at age 20, eloping with a theater usher in those headlong days before World War II. Like her mother, grandmother, aunts and sisters, Jane was an excellent cook and baker who favored simple down-to-earth fare. In later years, she came home to the old house, a widow now. About 18 years ago she died there in the same bed and room our Mémere died in. (I dream of that room often. It is now a sunny, two-story stairwell.)

On cold winter nights, Jane often made a dish with baked beans, ground beef, onions, ketchup, mustard and a dash of brown sugar. I do not know the exact measurements, but I tried the casserole recently, and enjoy it reheated for several nights during a brutal cold snap.

I combined all the ingredients and baked in a preheated, 30-degree oven for about 45 minutes. It's best served with coleslaw and cornbread, but I had only bread sticks on hand that week.

I like these homey dishes when the weather turns brutal, as it has here in Wisconsin.

Farmgirl Cyn said…
OH! For heaven sake, Mimi! MY Memere used to make this dish!!! I totally forgot about it till your post!
Another funny dish she made was mashed potatoes topped with creamed corn, topped with hot, sliced hard boiled eggs. I know the name of the dish, but would not know how to spell it. Phonetically it is: pour two she ma.
Thanks for the memories!
20 December, 2008 12:42

Unknown said…
Cyn! How fascinating that dish sounds. Pour tu chez mois, perhaps? For you at my place?

Terry at Blue Kitchen said…
I don't know if it counts as down home or not, but Marion and I each have our own versions of chili that we especially love when it's cold. Oh, and my lightened, quicker take on the New Orleans classic red beans and rice always warms us up.
20 December, 2008 17:06

MyKitchenInHalfCups said…
There's a time for fancy and a time for simple and home style and I love both.
Hope your Holidays are Merry!
20 December, 2008 17:38

Unknown said…
Hi TerryB: Yes, that counts. That is very down home in my book. We have our own versions of chili at my house, too, but my husband's wins out. It's the fastest!

Anonymous said…
That recipe would make for a delicious and hearty meal on a cold day.

I don't have any particular favourite down-home dish, but I do like bakes beans! Served on their own with hot buttered toast, or accompanying something like potato fritters, hashbrowns etc. Baked beans are a great comfort food.

Unknown said…
Fiona, years ago it was just pork and beans. But now every brand has it's little sub-brands and you can find beans with honey and brown sugar, tomatoes, franks, onion, vegetarian, etc.

Unknown said…
I was thinking the same thing: It's funny, my mother and father were not into casseroles, so every time I had ground beef and noodles it was at a church supper or a friend's house. But I love that combination, Lydia!
21 December, 2008 12:10

Judy said…
How yummy and easy that sounds. I can't believe I've missed so many of your posts. I am so far behind with posting and visiting.

This looks delicious and quick. I have saved it for a quick after work meal some night. One of my favorite down home meals is beans and cornbread. My mother was born and raised in the south and she would cook up a big pot of great northern beans with hamhocks or ham shanks. She would make a big cast iron skillet of corn bread and then serve the beans over the cornbread with a little finely minced fresh onion on top. I still make this once or twice in the fall and winter.

Unknown said…
Judy, I am the one who is behind on everyone's posts! It's been the most horrendous December on record, in terms of weather and crises de jour here, but relief is in sight!